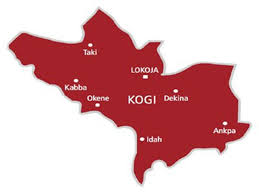 A Kogi based medical doctor Solomon Nidiamaka who was kidnapped on Monday has regained freedom from the hands of his abductor.

Nidiamaka was kidnapped on 19th July, 2021 at Ugwolawo in Ofu local Government Area of Kogi State.

The Nigeria Medical Association, (NMA), in a statement signed by its chairman Dr Omakoji Simeon Oyiguh and Secretary Dr Famotele Tolorunju confirmed this in a statement issued to newsmen on Wednesday.

The statement noted that Nidiamaka was released on Tuesday night and is currently managed by medical colleagues.

The statement reads further that “NMA Kogi State appreciates the Government of Kogi State, the security agencies, the Chairman of Ofu Local Government Council, the Vigilantes and the Hunter Assoc ation who all responded to the distress call, and all hose who called to show solidarity.

“NMA ‘Kogi State wishes to inform the Federal Government that the kidnappers told our kidnapped colleague that they were in the business of kidnapping to be able to feed, and therefore Federal Government is called upon to continue to Prioritise youth employment to deescalate kidnapping, which has become a national malaise leading to disruption in health care delivery including brain drain”.