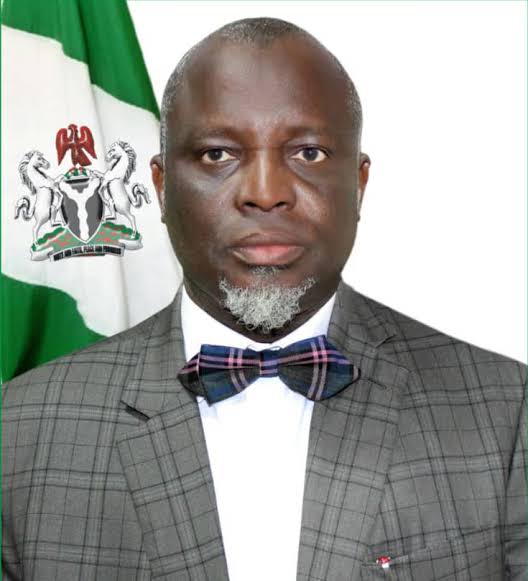 “As a former Vice Chancellor at the University of Ilorin, Professor Isiaq Oloyede, the JAMB Registrar obviously enjoyed (and still does) the fraternity and camaraderie of his colleagues, who dared the inclement weather to ‘converge’ not in the comfort of an airconditioned boardroom but out there. This, no doubt, contributed to further validate the process.”

The 2021 Joint Admissions and Matriculation Board’s Unified Tertiary Matriculation Examination (UTME) may have come and gone but the conduct of the exercise and issues therefrom will linger on for long or at least another one year when the next examination comes up, even as there were also apprehensions, tensions, drama, surprises and intrigues associated with this year’s UTME. As a member of the High-Powered Opinion Leaders, our role is to go to the field and observe the conduct of examinations in different centres and report on-the-spot to the JAMB authorities.

Some have done this dutifully in the last few years. This year, beginning from Saturday, June 19, candidates writing the examination filed out to their various centres, while JAMB officials, supervisors, IT experts, invigilators, and proctors were on hand to help in the smooth conduct of the sessions at various centres. Monitors and observers scattered all over the country served as field officers monitoring the conduct of the examination.

In the course of moving from one place to the other, we came across quite a lot of people in the academic circle, retired and still serving, such as former vice chancellors and university administrators. In my first report filed to the authorities, I had observed thus: “An array of principal players in the education sector and other supporting disciplines such as the media and paramilitary stood up to be counted, as all hands were on deck to ensure a hitch-free exercise during this year’s JAMB UTMEs for all intending university entrants. The bigwigs in the education sector cutting across university teachers, administrators and vice chancellors and ex-ministers, were all out in the scorching sun and rain to supervise and ensure transparency in the conduct of the examinations.

“On two occasions, our team comprising of the former Minister of Education, Professor Chinwe Obaji ran into the former Vice Chancellor of University of Ilorin, Prof Shamsudeen Amali and some media men and women. Subsequently, we met with Professor Olayinka Karim of the University of Ilorin who served as supervisor at Blueocean Technologies, Dutse, Makaranta, Abuja and Professor Johnson Olusegun Oyewo of Federal University of Technology, Minna who also served as supervisor at Rosa Mystica Academy, Byazin both on Kubwa-Dutse axis. There I missed Professor Munzali Jibril narrowly; he was my lecturer at Bayero University, Kano and later a ‘colleague’ on the Editorial Board of Daily Trust, and who had visited the same school earlier. As a former Vice Chancellor at the University of Ilorin, Professor Isiaq Oloyede, the JAMB Registrar obviously enjoyed (and still does) the fraternity and camaraderie of his colleagues, who dared the inclement weather to ‘converge’ not in the comfort of an airconditioned boardroom but out there. This, no doubt, contributed to further validate the process.”

The examinations were not without hiccups though, but because JAMB brooked no excuses, a lot of examination centres that had issues were quickly delisted midway, and the candidates reallocated. Examples are Lead British International School, Gwarimpa and GSS, Garki. Again, here is an excerpt from my report:

“The centre (GSS Garki) was in disarray as candidates were seen in clusters bemoaning their plight and inability to write their papers due to technical faults in the computers in use.

“As a result, while the first set was haphazard, the second and third sets could not hold. Former Minister of Education, Professor Chinwe Obaji, who has been my resource partner in the JAMB journey in the last few years, appealed to the candidates to exercise patience, while she put a call through to the JAMB authorities. The candidates’ problem, she assured would be rectified, as confirmed by the JAMB spokesman, Dr Fabian Benjamin. Pronto, JAMB announced the delisting of 25 CBT centres among them, GSS, Garki, for non-compliance with laid-down procedures, before high-profile schools like Lead British International School, Gwarimpa and Model Secondary School, Maitama and others followed suit.

The examinations are also not devoid of drama and intrigues. From @israelelarebi, a member of the High-Powered Opinion Leaders came a report of a boy who did the verification but refused to write the examination, even while he was physically present.

“The centre head observed that candidate H.A in cubic 232 had not logged in. She instructed him to do so but he refused. She (the supervisor) explained to him that since he had presented himself for the examinations, and thumb-printed, he should please log in. The candidate declined.

“It was a baffling situation; a youth who seemed calm and spoke good English, took the JAMB form and met all the requirements to sit for the examinations, would even refuse to log in. But he insisted he didn’t want to be educated. I told him he spoke quite intelligently and in measured tones, and education will ultimately make him a better person. He replied in a low tone: ‘I told my parents I don’t want to go to school, but they are forcing me. This is where I will let them know I am serious’. It appeared to be a case of forcing the horse to the river, but not being able to force it to drink.” The boy apparently wants to be in business, but unknown to him an education could make him a better businessman. Here is where guidance and counselling come to play.

And yet intriguing was a candidate who was unable to write the examination because she came late. Her centre was the SASCON International School, Maitama. I do not know whether to attribute her problem to a communication gap, unseriousness, a nonchalant attitude, or all of the above, but how could it be that a candidate had to be reminded about a major milestone in her life. Again @israelelarabi put it succinctly: “Miss L.K. rushed in panting, desperation written all over her face. But it was too late, the second session was past half time and the system would have logged her out. Then came the bombshell, no, she was not for the second session, but for the first that began four hours earlier and ended two hours ago!

“The examination slip had asked candidates to report for accreditation, biometrics and thumb printing at 7am, and she was coming five hours late or two hours after the examination had ended! The young lady broke down and left. As I exited the venue, I saw her weeping. I tried to console her, but she simply crumbled on the floor. She had not been aware that the JAMB examinations had commenced nationwide on Saturday until her uncle enquired if she had taken it. Luckily her papers were Monday. She scrambled to print out her examination slip and headed for Maitama which is two-and-half-hour straight drive from her Abaji home. I asked how her centre can be in Maitama while there are nearer centres in Gwagwalada. She said that was the centre allotted to her. She had to embark on the journey by public transport and was not familiar with the city, making her get lost in the process before finally arriving at the centre. I advised her to write an appeal to the Register”

A few and far apart cases like these may require more efforts at sensitisation and enlightenment in schools and communities. Abaji is under the FCT and not so rural for a serious candidate not to be able to find his examination centre. There are some challenges that bordered on infrastructure such as computer facilities, IP conflict and keyboard issues, all of which did not detract from improvements in the examinations.

Zainab Suleiman Okino is chairperson of the Editorial Board of Blueprint newspaper. She can be reached through zainabokino@gmail.com

TagsJAMB/UTME: A convergence and other tales