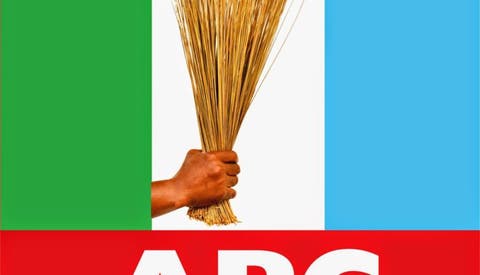 As the race for the national chairmanship of the All Progressives Congress (APC) hots up, there are indications that a dark horse may emerge as occupant for the top party office.

A credible source within the party who craved anornimity revealed that the dark horse is a serving Senator from Niger State.

Already, two aspirants including a former minister and a serving senator, both from Niger State, are among those who have indicated interest in the race.

There are, however, indications that the lot may favour the lawmaker.

He said, “you should also know that there are two other former Governors from the North Central who have indicated interest for the position. One is from Benue state and the other is from Nasarawa State.

“But as l speak to you now the governors are taking their mindd off them.

“The reason is hinged on the fact that the experience they had with the former governor who was the National Chairman the party.”

The chieftain posited also that the Senators are making case for the serving Senator from Niger State on the grounds that since the inception of APC all the National Chairmen had been former Governors.

Further, he said,” From all indications and the narratives going round strategic blocks in the party shows that the support base of two frontline aspirants in the person of a vocal serving senator and a former minister both from the North Central zone are most likely going to dominate the permutations for the race of who becomes the new national chairman of the party in the next national convention which is coming up in few months.

“There are indications that the serving senator is said to be popular amongst young political class as he is versatile in managing the diversity and strength of both the old and new generation of politicians, he is outspoken against a society that groom bad and inept leadership, which pundits believe it can results in establishing bad governance. His silent mentioned has today created a challenge for older politicians and will be making it look tough in the coming days for the older hands on how to deal with the dynamics of the permutations.

“For the former minister who was also a one time member of the lower green chamber, the political environment may proof too difficult as pundits believed he will be used, and the fear is that It makes the party future uncertain. He is a good schemer in the game of party politics and within the macro environment, but when it comes to rallying round the party leadership blocks and populace he will face a herculean task to manage.”

According to the chieftain, the old hands that have indicated their ambitions to contest if given the opportunity may throw the party into turmoil, those that have openly declared interest are former governors of Borno State, Ali Modu Sheriff, Nasarawa, Umaru Tanko Almakura, Zamfara, Abdulazeez Yari and a few others. They are all seeing to carry one baggage or the other that may affect the fortunes of the party come 2023. Majority of the APC faithfuls are of the opinion that new breed of leadership is desirable for the party, they are ferocious of the old class emerging this time again as they believe it will be business as usual and they are of the opinion that they don’t know what the problem is and they don’t know how it can be solved.

However, the APC Caretaker/Extraordinary Convention Planning Committee has not concluded the date for the National Convention as the proposed time table for the congresses is before the President, Muhammadu Buhari awaiting approval.
Leadership

THE STATE OF NIGERIA’S ECONOMY UNDER THE ADMINISTRATION OF PRESIDENT MUHAMMADU BUHARI.

SDGs; Impacting Social Services Through Transparency And Accountability In Public Service In Nigeria.

On Kwara bond and other issues