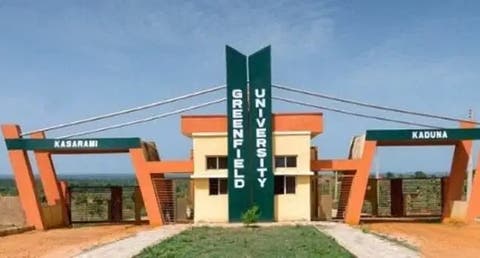 A Pan-African group, the Neo-Black Movement of Africa Worldwide (NBM) has decried what it described as Nigeria’s seeming helplessness in the face of rising mass abduction of pupils and students alike.

The group in a statement signed by its Public Relations Officer (PRO), Mr. Oluwatosin Dixon, said it was saddened that at least one pupil was killed, while about 200 others were abducted by bandits from a school in Niger State, not long after the release of over 100 pupils who fell victims of similar mass abduction of children in Kankara.

It cautioned non state actors in areas of the North West and South East rein in their excesses, so as not to turn those areas into new theatres of war.

The NBM called on President Muhammadu Buhari and other state leaders not to be unmindful of the oaths of offices they swore to, and hence, accord the protection of the lives and property of Nigerians the attention they deserve.

The statement read: “Barely two months after the abduction of an embarrassing number of pupils in Kankara and Nigeria’s President Muhammadu Buhari assurance in a statement that it would be the last of such unwholesome kidnap of children in Nigeria, last Sunday’s killing of at least one, and the reported kidnap of over 200 pupils in Niger State, will however confirm things to the contrary.

“This development aside myriad of other criminalities that clearly exhibit the lack of capacity or unwillingness on the part of the authorities to protect the lives and properties of Nigerians as pledged by those that put themselves forward to serve cannot be allowed to continue unabated. We fear that the President is exposing himself as being incapable of keeping his words.

“We condemn in all ramifications the seeming free passage offered bandits and other violent criminals by the Federal Government of Nigeria.

“We demand the immediate release of the kidnapped pupils, just as we continue to call on the political leadership to live up to their responsibilities.

“We must not fail to point out that what we are witnessing is a culmination of inaction and/or outright complicity of state actors, working to bring the most populous country in Africa to its knees.

“We, as a responsible organisation, committed to the advancement of Blacks all over the world, cannot but express our grave disappointment in the manner that state apparatus under the present administration has gone far under.

“We frown at the activities of non-state actors who are seemingly keen on turning the Northwestern and Southeastern parts of Nigeria into another theater of war and terror as we presently have in the Northeastern part of the country.

“We call for restraint in the Southeast, whose people have genuine grievances of marginalisation; elected officials and representatives from the Southeast can no longer afford to play the ostrich. They must take a lead in the demand for justice and equity from federal authorities.

“Efforts must be intensified to rein in and stamp out the activities of bandits in the Northwest, who have recently imported their activities to the fringes of the Federal Capital Territory.”