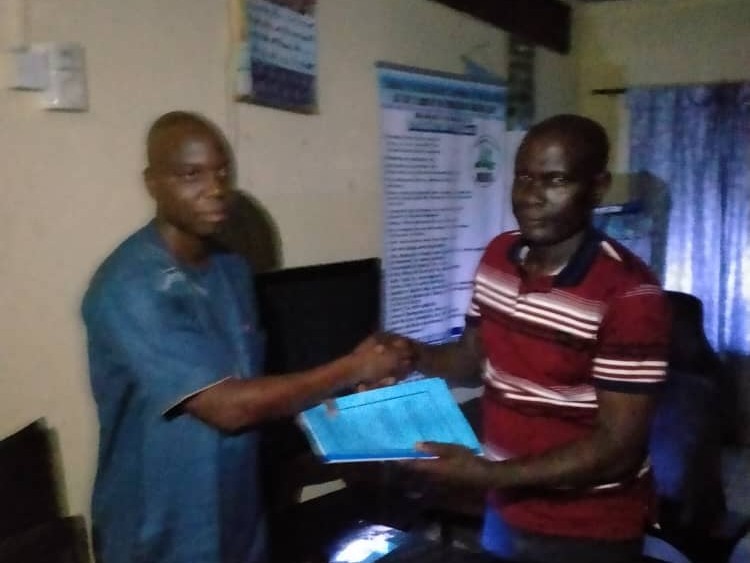 It was sad as Information reaching us that Council Boss On The Run, Hands Over To His Successor At Night With N13,000 Left

Dauda left only N13,000 in the council’s treasury after serving for three (3) years as executive chairman, IBOM FOCUS reports.

According to Yahaya Idris, who spoke with IBOM FOCUS, the former council boss resort to secret hand-over to avoid embarrassment from staff and residents of the area.

“Prince Nuhu Dauda ended up in a very bad way. We are worried about the said development and he has failed to told us all the money he claimed to have executive some projects even when it is not known or physical.

“He came and met solar streetlights initiated by his predecessor but today the panels have disappeared. Insecurity and workers welfare were neglected during his reign”, Idris lamented.

IBOM FOCUS gathered that, The residents who took to street to celebrate his exit from office described his administration as worst ever in the history of the council.

“His administration has not only squandered our resources but has also destroyed lives. He is the worst chairman ever to have manned the affairs of the council”, a resident of Umaisha, Sani Dodo, added.

A women leader from Gadabuke, Maimuna Musa Dangiwa, who spoke also spoke with IBOM FOCUS, described the former council boss as corrupt leader whose sole aim of seeking public office is to steal.

IBOM FOCUS learnt that, Dangiwa appealed to the state and federal government not to consider him for any political appointment in the future.

She however urged the former council boss to seek forgiveness from the people to avoid Allah’s wrath.

Reacting however, Dauda denied any wrong doing while in office, stressing that he has placed the area on a good pedestal for development to thrive.

He stated that his administration has recorded some landmark achievements especially in the aspect of security.
IBOM FOCUS