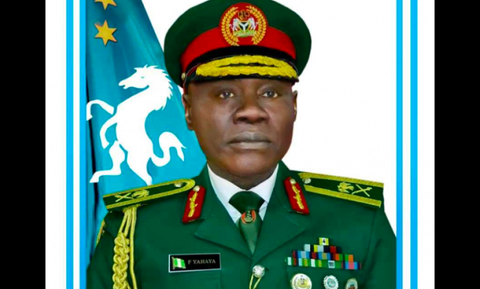 Yahaya will now oversee all army operations and activities all over the country. His appointed was made public via a statement signed by Onyema Nwachukwu, the acting director of defence informations.

Yahaya is from Zamfara state, married and blessed with children. Major General Farouk is of Regular Course 37.

He is the current Theatre Commander Operation in the North-East and former General Officer Commanding Officer of the First Division of the Nigerian Army.