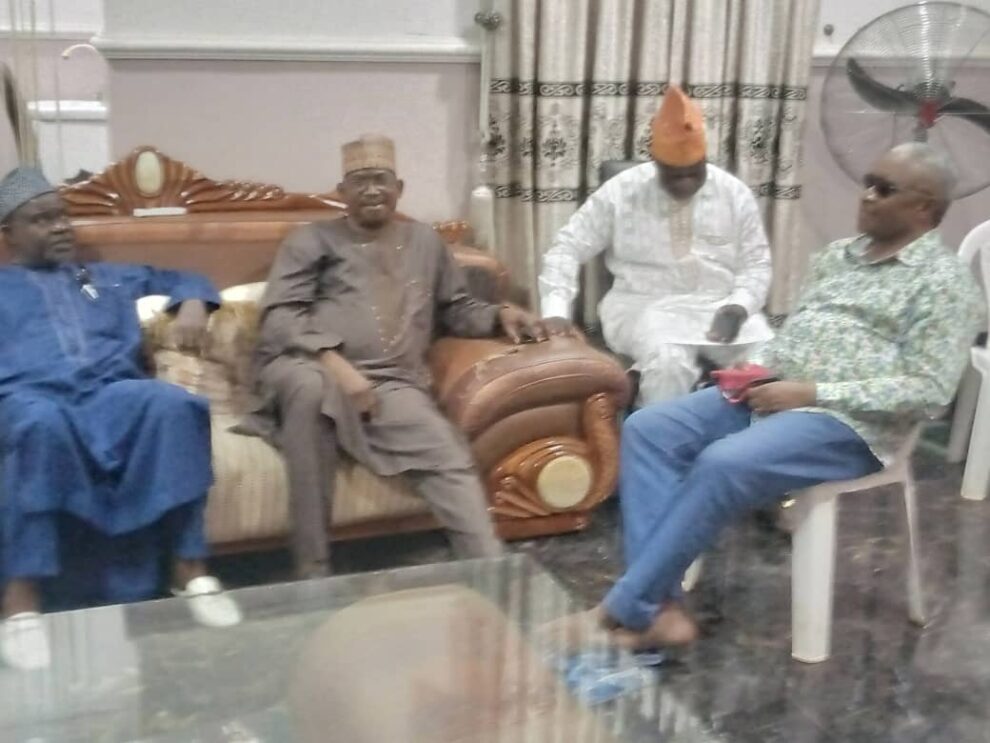 The three heads of courts of Kogi State Judiciary were among the early sympathisers who commiserated with Hon. Justice Josiah Majebi of the state’s High Court of Justice upon the unfortunate demise of his wife, Pastor Mrs. Rosslyn Majebi (JP).

She passed away at the early hours of Monday in a private hospital in Lokoja after illness.

To commiserate with the bereaved, the Acting Chief Judge of the state, Hon. Justice Richard O. Olorunfemi led his other brother heads of courts, Hon. Kadi Abdulkareem A. Aruwa, the Grand Kadi of the Sharia Court of Appeal and hon. Justice John B. Olowosegun, President of the Customary Court of Appeal to condole him and the family at his Lokoja residence.

They urged him to take solace in the fact that his wife lived a fulfilled life even as they added that the death was shocking.

They however pointed she has gone to rest peacefully with her creator while praying that God receives and accords her the place reserved for the righteous having been known to have devoted most part of her life in the service of the Lord.

They also ask God to grant the whole family the fortitude to bear the loss which they said was irreplaceable.

Others present at time of the visit were Kogi State top government functionaries from the ministry of Justice, some Judiciary management members as well as religious and community leaders.

While appreciative of their gesture and that of all other sympathisers, Justice Majebi observed that though her exit had created a big vacuum, the family had reverted to God who had always taken charge of all the affairs of the family.

He was thankful, on behalf of the family for the love shown in their prompt response and prayed for journey mercy for all those who shared in the family’s grief.

Meanwhile, it was disclosed subsequently that the family had concluded arrangements on the burial and it would hold on the 10th and 11th June, 2021.

It is scheduled to be conducted at Justice Majebi’s Ouarters at the New Layout, Ageva, in Okene Local Government Area of Kogi State. While the Wake-keep comes up by 3pm on Thursday, 10th June, the funeral service and interment comes up the next day by 10am at the same venue.

May her soul rest in perfect peace.