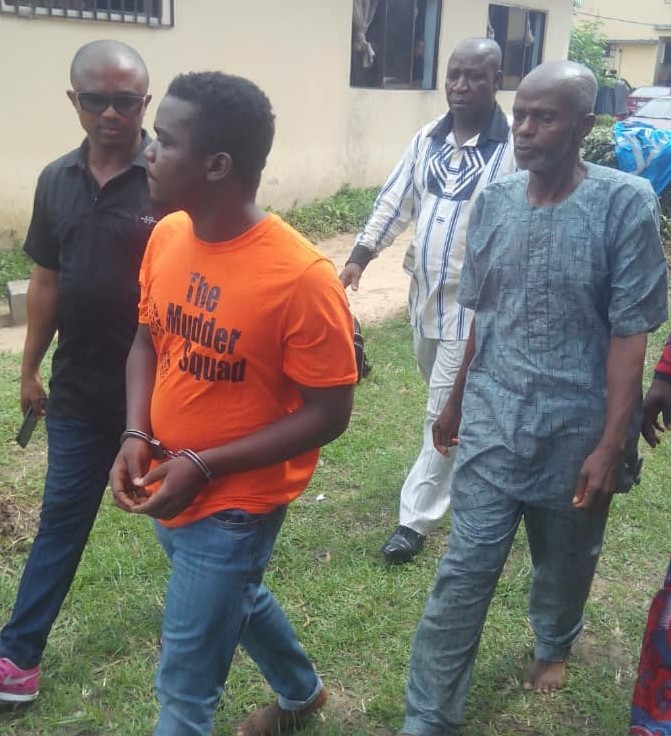 The prime suspect in the murder of Miss Iniubong Umoren, the 26-year-old University of Uyo graduate of Philosophy, who was lured, raped and eventually killed for a phony job offer in Uruan Local Government Area of Akwa Ibom State has confessed to killing her, saying he was ready to take the same punishment if found guilty.

The suspect, Uduak Frank Akpan, was paraded along with his father by the Commissioner of Police (CP), Mr. Amiengheme Andrew, at the state headquarters, Ikot Akpanabia, near Uyo, the state capital on Friday, following calls, according to the CP, that the suspect had committed suicide in police custody to shield other accomplices.

But the Commissioner, who said he was “under pressure from within and outside Nigeria to reveal the truth behind the rumour,” described the allegation as unfounded and blamed the social media for the gaffe.

“I have been inundated with several calls all over the world that the prime suspect in the murder of Miss Iniubong Umoren has committed suicide in police custody,” he recalled, wondering why a suspect could kill himself using his trousers as suicide rope in police cell where wearing of trousers is not permissible.

He revealed in the investigation so far that no mass grave was discovered in the compound of the incident and promised that diligent prosecution would followed with case to be transfered from the homicide section to the Director of Public Prosecution (DPP) when all angles in the matter have been fully explored.

Speaking to newsmen, the suspect, a 200-level Public Administration student of Obong University, a private institution in Etim Ekpo Local Government Area, admitted to killing the suspect in self defence, after she accepted his proposal for a consensual sex but turned around later to “attack me with a stabiliser when I tried to bring condom.”

He said: “When I met her, I asked her whether she would like to work in a hard drug farm and she agreed.

“When we got to the house, I asked her for sex and she agreed and insisted I use condom.

“It was not my intention to kill her, but if at the end of everything, I am found guilty, I am ready to also die,” he said.

On allegation of other shallow graves, clothes, books and NYSC shoes discovered in the compound, the suspects denied that they belonged to those he had killed earlier.

“The NYSC pair of shoes belong to my mother and we used it for farm work. The books belong to me and my sister,” he said, adding that the late Iniubong was the only lady that died among the six he had lured and slept with using the same phony job offers as bait.

He said he killed the late Iniubong in anger after several rough experiences he had in the hands of those he described as “runs-girls and prostitutes.”

Meanwhile, the remains of the late Iniubong were interred on Friday in her village in Oruk Anam Local Government Area amid tears and kind words from school mates, family and sympathisers.
Tribuneonline