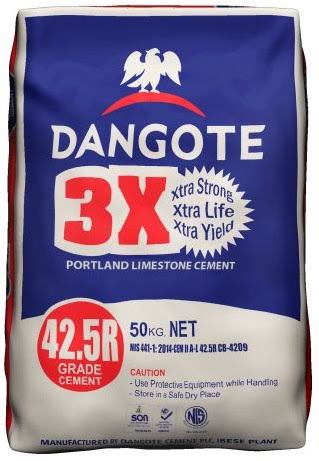 With over 2000 hectares of land and titled documents released by 24 States for the Federal Government’s Social Housing programme, Dangote Cement, Bua Cement and Lafarge Cement have agreed to discount their products to N2600 per bag for the projects.

The development came was after a review meeting on the Economic Sustainability Plan implementation which was presided over by Vice President Yemi Osinbajo, and the three major cement manufacturers in the country.

Also, a total of 17 States have also indicated interest to participate in the Solar Power programme, another important element of the ongoing Economic Sustainability Plan, through which the Buhari administration intends to create more jobs while improving access to power and affordable housing for majority of Nigerians.

Highlighting the progress so far, the Vice President assured that the Federal Government will ramp up efforts to so more Nigerians have access to electricity and affordable housing.

According to the presentation made by the Managing Director of the Rural Electrification Agency (REA), Ahmad Salihijo, the Solar Power Naija team has had engagements with six states who have identified private sector developers and has also selected Akwa Ibom, Ekiti and Kano as pilot states for the state-guaranteed transaction model for the solar power programme.

He explained that, “REA is currently tracking transactions worth N55 billion, potentially contributing the first two million connections in Nigeria and providing thousands of jobs.

The MD added that nine participants have submitted applications for over N4 billion of the N20 billion allocated with three companies close to receiving disbursements.

In the same vein, the Managing Director/CEO of the Family Homes Fund Limited (FHFL) – the implementing agency for the Social Housing scheme, Femi Adewole, stated that 17,584 units across 16 locations are now in the pipeline.

“We are having a successful push in assembling land to feed the housing construction. So far about 2156.4ha have been assembled ready for development. This has the capacity to accommodate about 65,000 homes,” he said.

Adewole further said that under the ESP Social Housing programme, Nigerians would be given at least a 15-year period with a monthly payment at six percent interest rate to pay for each housing unit.

While the rates are significantly low, the MD noted that this period can also be extended through refinancing.

“This will help to improve access to housing for low-income people in the informal sector who-(otherwise) will not have an opportunity to access a mortgage,” he stated.

ALSO READ:  We will withdraw from Edo election if there’s verifiable threat to peace-INEC

He further said that in addition to the typical 2, 3, and 4-bedroom housing units, the FHFL was considering a “Students and Young People’s Housing – to address the needs of young people.”

An agreement with the Central Bank of Nigeria (CBN), has now been finalized and signed by Family Homes Funds, he disclosed, while drawdown is subject to a guarantee from the Ministry of Finance.

It would be recalled that the CBN had committed to a N200 Billion facility with a guarantee by the FG via the Finance Ministry for the Social Housing scheme.

Speaking further, the FHFL MD noted the agency has struck partnerships with Dangote Cement for the provision of cement at subsidized rates to construct the ESP homes, adding that “we expect to reach a similar agreement with the other two majors shortly.”