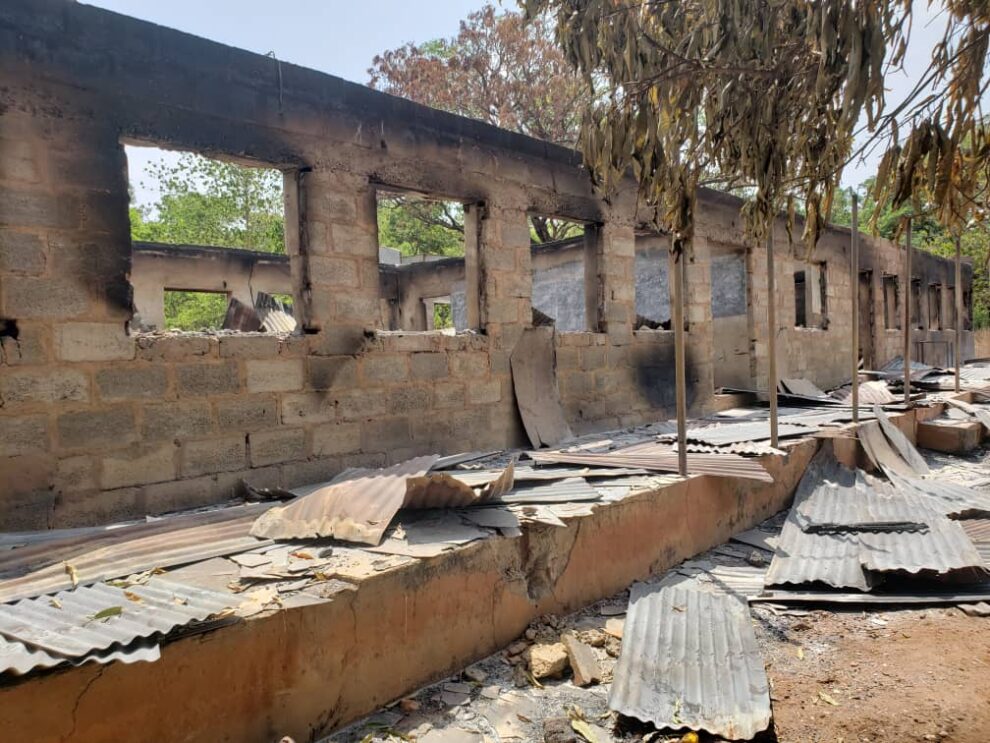 An apex sociocultural organization of Igbomina indigenes in Kwara state, the Omo Ibile Igbomina, has condemned the recent attack carried out on Share town in the Ifelodun local government area of the state.

Speaking during a sympathy visit by members of the national executive council of the group to the palace of Olupako of Share, the national president, Engineer Timothy Adebayo, who led other members of the organization, said that Igbomina will no longer condone any further destruction to peace, lives and property of Igbomina people.

It is recalled that there was reported destruction of lives and property early April in Share town during a communal clash between the Share people and their neighbours in Gange village, the immediate village before Share town.

ALSO READ:  WHY WE WANT HON. MATTHEW OCHADA AS CHAIRMAN

Engineer Adebayo, said that major concern of the people is to ensure peace across the length and breadth of Igbomina land, added that Share land occupies an important position as one of the ancient border towns in the Northern end of Yoruba land which her peace and security cannot be taken for granted.

Expressing shock over the level of damage done during the attack, the national president said that such property constructed by the government, the community and private individuals, such as classroom blocks at Agbona High School, were burnt.

Engineer Adebayo condemned the act of wickedness, saying that the destruction would no doubt affect the educational, social and economic development of Share towns.

He used the occasion to appreciate Kwara state government for steps taken so far to arrest the situation, called on the government to have a thorough look on the issue and provide a lasting solution by bringing culprits to justice and restore permanent peace to Share town and its environs.

Also speaking, the Olupako of Share land, Oba Alhaji Haruna Usman, said that Share people have always encouraged peace with her immediate neighbours by being accommodating and hospitable to people, irrespective of tribe.

The monarch said that the attack and level of damage done to Agbona High School, “where ICT items and equipment were carted away, school buildings and private buildings razed down”, remained quite surprising.

The Olupako of Share, who thanked the Kwara state government on efforts made to arrest the situation, called on the government to take decisive steps that will bring lasting peace to Share and its environs.

The National President of Share Descendants, Elder Gabriel Jimoh, thanked the National officials of Omo Ibile Igbomina for the visit and pleaded for a beef-up security to ensure prompt attention at curbing any future occurrence.