After due consultation with the Chairman of the ODA Elders Council, under the Chairmanship of Chief Emmanuel O. Otitoju, the ODA wishes to make the following statements as regards the Pan-Okun Relief Agenda.

1) ODA had much much earlier in the life of this lockdown observed with happiness that some notable Okun individuals were making palliatives available to people in their communities/constituencies.

2) ODA believed that such initiatives at Okun level would send a strong message to our people and so started working at the National Executive level on how to make such happen. This culminated in putting together a small Committee.

3) Along the line, ODA, upon invitation, entered into discussion with the arrowheads of what has now become the Pan-Okun Relief Agenda. We were very pleased and felt reassured that for once we were going to collaborate with our elected officials on a major issue of concern to our people. Within 24 hours of our discussion we released to them the framework we had put together which was in Four Phases and the list of our proposed Committee Members.

4) Overt and covert developments from the time the ODA plan of action was tabled, up to the inaugural speech of the Chairman of the Elder’s Council, Chief Jamodu, sent wrong signals to many people, including the ODA National Executive, but we remained determined to identify with any initiative that aims at improving the welfare of our people.

5) The inaugural speech of the Chairman of the Elder’s Advisory Council, Chief Jamodu, and the revised list that followed have gone a long way in addressing those signals, particularly with his emphasis on the fact that all the Committees are adhoc and would stand dissolved once the objective of making relief materials available to our people is accomplished.

6) ODA is part and parcel of the current status of the Pan-Okun Relief Agenda and as such appeal to all Okun Sons and Daughters to give this initiative their full support and use their network in and outside Okunland for the benefit of our people at home in this trying time.

7) ODA as the only Umbrella body of the Okun people belongs to all Okun Sons and Daughters. National Executives come, serve their tenure and give way to another, while the institution remains. The stronger we are able to collectively make this institution the better for us all. We see the benefits of such strong institutions in the other component nationalities of the State.

8) Every error of omission or commission that has the potential of eroding the fragile ingredients of our Unity as a people must be avoided by all means. The challenges that we as a people are confronted with are enormous and can only be frontally and effectively dealt with if we work together as a united team.

ALSO READ:  THE LIES AND DECEPTION OF THE BUHARI ADMINISTRATION TO THE NIGERIAN YOUTHS. Part 1

9) ODA will like to thank all those individuals and affiliate members that have reached out to us at the National Executive or publicly expressed their position on this matter.

10) The Pan-Okun Relief Agenda is a worthy initiative that deserves the full weight that Okun can muster.

11) We will continue to pray to God to grant Okun Nation and her people that Spirit that enables a people translate enormous potentials into beneficial realities for the generality of her people to the admiration of neighbours and others. 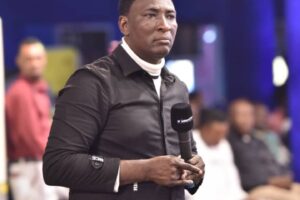 TRIBUTE: My Mother, One Year After- Dino Melaye
Comment