Nothing like regret, no action  has taken place there was no impeachment, I am still the deputy governor, so nothing to regret about. 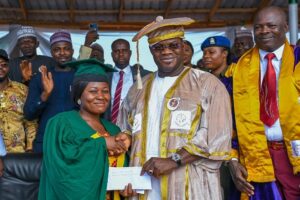 A leader must not only be fighting corruption by words but must be visible—Orugun.
Kogi stakeholders should now agree on a mode of power rotation—-Says Dr. Adeiza
Comment