THE internal crisis rocking the opposition party in Kogi state, the People’s Democratic Party (PDP) after the party Governorship primary is creating division among members as the Vice Chairman of the party at Ogugu Ward III in Olamaboro, Kogi State, Mr. Abraham John, has filed a Suit against his party at the Federal High Court, Abuja.
Is challenging the legality of the party’s Governorship Primary Election held on the 3rd and 4th of September, 2019.
The litigant, a delegate to the primaries, wants the court to nullify the primaries on grounds of alleged invalid, null and void notices to INEC. He alleges that the party failed to meet the minimum requirement of 21 days and 7 days respectively, required by the Electoral Act, 2010 (As Amended) and INEC Guidelines and Regulations for Political Parties, 2013.
Mr. Abraham alleges that on 15th August, 2019, PDP sent a Notice to INEC of her intention to hold her Governorship Primary Elections in Kogi State for the purpose of electing her candidate for the 2019 Kogi State Gubernatorial Elections earmarked for 16 November. Mr. Abraham questions the period between when INEC got the invitation and when the Governorship Primary Election took place.
As required by law, the mandatory notice of primaries to INEC by a party ought not to be less than 21 days.
He alleges that PDP held her Governorship Primary Election within 19 days after the notice was issued and claims same is a violation of section 85 of the Electoral Act, 2010 (As amended) and Article 31 of INEC Guidelines and Regulations for Political Parties 2013.
In addition, the vice chairman claims that by law, any notice rescheduling the Governorship Primary Election for the purposes of completing it at a later date must not be less than 7 days.
He alleges that Kogi PDP’s notice to INEC dated 4th September, 2019 rescheduling her disrupted primaries to a different venue was less than 24 hours instead of the 7 days provided by the law.
An irate Mr. Abraham, whose candidate is said to have lost, insists that those aspirants who shot at delegates and scattered the primaries only to reconvene at a private venue unknown to INEC or delegates after which they announced an unpopular candidate as winner have murdered sleep and must not be allowed to get away with their infamous conduct.
Mr. Abraham therefore invited the Court to nullify the Kogi PDP Primaries in view of these anomalies.
He argued that the PDP primaries which produced Engr. Musa Wada as the party’s flag bearer were invalid, bulk and void with regards to the various notices of primary, the unorthodox change of venue and the curious emergence of Mr. Wada against the run of voting and expectations.
He thereafter urged the court to restrain the INEC from presenting Engr. Musa Wada as a candidate in the 16 November elections. 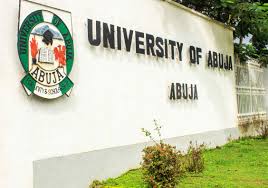