Spread the love
– As Chairperson, Bureau of State Pension empowers over 200 persons
The Wife of Kogi State Governor, Hajia Hafiza Yahaya Bello, has called on Kogi State women to vote massively for the re-election of President Muhammadu Buhari, saying that the president has delivered on the promises he made to the Nigerians in 2015.
Hafiza Bello who stated this on Sunday  in her country home in Eika Ohizenyi, Okehi Local Government Area of Kogi State, during an empowerment programme organized by Hajia Sa’adat Atimah, Chairperson Bureau of state Pension, noted that the president has done well in the fight against insurgency, corruption and improvement in the economy, saying that he needs a second term to consolidate on the gains recorded so far. .
According to her, President Muhammadu Buhari’s efforts at ensuring the resuscitation of the ailing Ajaokuta Steel Company, has endeared him to Kogi people, saying that she was convinced that the women are eagerly waiting for the election day to cast their votes for the president.
As part of the state Government’s intervention in the area, she said the administration of Alhaji Yahaya Bello has reconstructed the Itakpe-Eika-Okene road which hitherto used to be a death trap for road users.
She listed other achievements of the Government to include Progressive engagement of the youths and women, effective security of lives and property of the people, adding that she has equally carried our several empowerment programmes for women and youths in the area and some other parts of the central senatorial district of Kogi State.
She charged the people of Eika, Kogi Central and Kogi State in general to turn out in their numbers to vote for all the candidates of the All Progressive Congress, (APC), in the area, adding that government would continue to affect their lives positively.
The initiator of the programme, Hajia Sa’adat Atimah said over two hundred women, men and youths are being empowered and urged them to make judicious use of the money, so as to become self reliant.
According to her, the empowerment is her own little contribution to the modest efforts of the State Governor, Alhaji Yahaya Bello aimed at  alleviating the sufferings of the masses in the area.
According to her, the President has done very well to deserve a second term in office, saying that the president meant well for the ordinary people of Nigeria and Challenged those opposing the president to show their achievements for the opportunity given to them in the past.
TAGEika Hafiza Yahaya Bello Kogi Kogi News Saadat Atima
Previous PostKogi SDP Suspends Humphrey Abba Indefinitely –Says SDP Kogi State Chairman Next Post2019: We Will End King Pharaoh's Reign in Kogi - Says Melaye 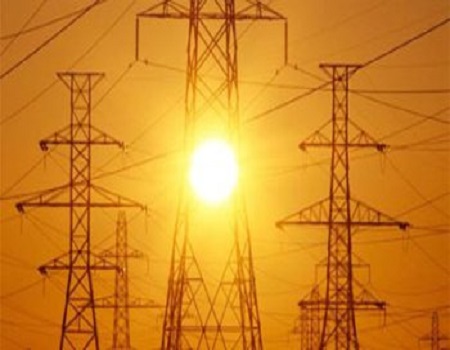 Poultry farmers, one other abducted in Kabba,Kogi